Stuttering is a speech disorder that is common in young children. It is also called stammering, which makes some children repeat words or parts of the word. For instance, stutterers often repeat the letter W, such as in "W-w-w-wel-come" and the letter S, "S-s-s-eee you s-s-s-soon!" when they talk. It usually goes away on its own, while in some cases, could last into adulthood. Based on studies, boys are more likely to stutter than girls (Stuttering). 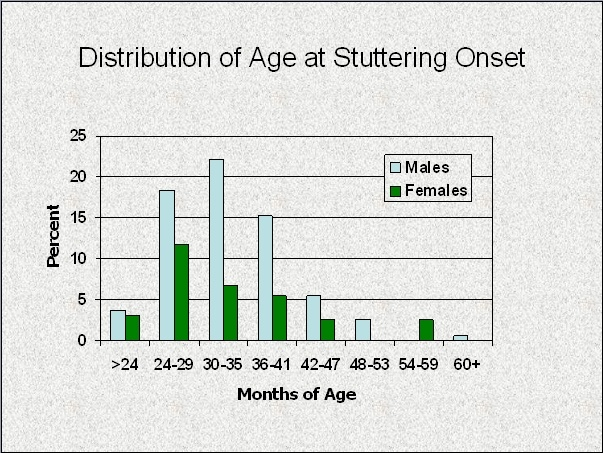 (Source: The Department of Speech and Hearing Science, College of Applied Health Sciences, University of Illinois at Urbana-Champaign)

The disorder is caused by several factors. The first one is developmental stuttering, which occurs in children. This is the most common type of stuttering, which children go through as part of their speech formation. There is also a kind of stuttering that is caused by genetics. Studies reveal that stuttering is an inherited brain abnormality that runs in families, which means a problem "in the language centers of the brain" (Mayo Clinic Staff). It can also be caused by a health problem such as a brain injury and, at other times, by mental health issues caused by emotional trauma.

Treatment methods are available for stuttering. Treatment may be done at home, in a hospital, or with the help of a speech pathologist. The primary method of treatment is called controlled fluency, which teaches patients to speak slowly and take note of instances when they stutter. As a therapy moves along, the patient learns to follow the natural speech pattern. Patients may also opt for cognitive behavioral therapy, which dissects the problem and considers stress and psychological problems as reasons for an individual’s stuttering. Electronic devices may also be used. They are usually worn similar to a hearing aid, where the patient is required to speak slowly and deliberately. Treatment may also involve more intensive programs that require the help of a speech professional. Usually, these programs are done in hospitals or clinics, and can last from two hours to four weeks at a time (Mayo Clinic Staff).

During this time, the doctor who works with the patient determines the cause of the speech problem and whether it will bring about long-term effects to the patient or not. If the cause is developmental in nature, there is no reason to worry because through consistent therapy, a child will outgrow his or her stuttering. However, for adult stutterers, the doctor has to go deeper and consider the various psychological problems that the individual is having, which could be the reason for the stuttering.

Stuttering causes problems with an individual’s self-confidence and self-esteem; thus, parents and friends are advised to be more sensitive when it comes to communicating with stutterers. Listening attentively to an individual and maintaining eye contact can help establish trust between the stutterer and the parent. It also helps to let the child finish his or her sentence before jumping in to complete the stutterer’s sentence to give the individual a chance to express oneself. Speaking slowly and deliberately will also help because the stutterer will tend to imitate the person talking; hence, the lesser the chance that individual will stutter. Most important of all, parents and friends must not focus on the stuttering too much as it could make a person more self-conscious. Instead, they should offer support and encouragement to help boost an individual’s confidence level.

Get the exact price for your order
in just 10 minutes! Place a Free Inquiry